When I post a new hooping video on Youtube or Facebook, I often get as many comments about my choice of music as I do about my performance. Generally, in the past, when I discovered a new song I liked I would “save” it to use in one of my videos. However, there are just too many songs I like to do that! Starting now, I will be posting a “Song of the Month”. Sunshine’s Song of the Month, if you will.

To kick things off, I wanted to share some of my favorite songs, groups, and musicians that became the soundtrack for this past summer. And considering yesterday was the first snow in my home state of Arkansas, a little bit of summer right now sounds pretty good! 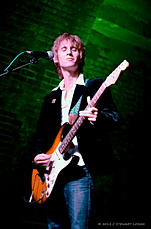 My first introduction is a musician I had the honor of meeting at this year’s Bean Blossom Blues Festival in Nashville, IN. They say big things come in small packages and that could never be more true than for Noah Wotherspoon. I’m pretty petite myself and it’s not often I meet someone tinier than me, but I believe Noah was. Meeting him in person, in fact, I found myself wondering “where in the world does he find suits that small?” But don’t let his small stature fool you, he can rock the guitar right along with the blues giants. I’ve been a lifelong fan of blues music thanks to my Dad, and Noah was right on up there with the best I’ve ever seen. From Dayton, OH Noah has been touring the country with his band since 2010, however he’s been a practiced musician for much longer. Although he’s great to listen to anywhere, I would encourage everyone to see him perform live, where he grows larger than life on stage.

Next up, is a new song by a band I’ve liked for years, Kasabian. In fact, I discovered Kasabian through a fan’s suggestion several years back. They’re an English Rock band out of Leicester that has quite the following overseas, but hasn’t quite taken off here in the states (to my knowledge anyway). However, their song “Eez-eh” may change that. It’s a fun, upbeat song perfect for getting your head boppin’ and your foot tappin’. I also fell in love with this song because there’s a certain special someone in my life whose signature phrase is “eez-eh” (easy) for comical relief. 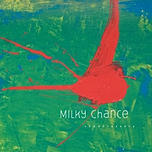 Next is a new band and new song. You may have heard of Milky Chance by now as they have exploded on the alternative circuit. Their song “Stolen Dance”definitely caught my ear the first time I heard it, and then grew on me more and more to the point I found it stuck in my head constantly! However, that’s only the beginning. Their album Sadnecessary is full of other great tracks so if you like Stolen Dance be sure to check out their other stuff.

Like Milky Chance, Alt-J also had a summer hit that climbed the Alternative charts. “Left Hand Free” is off their new album, This is All Yours. But their previous album, An Awesome Wave, includes some of my original favorites. Tracks like “Tesselate,” “Something Good,” and “Breezeblocks” sound like nothing I’ve ever heard before. Their ecclectic sound is fresh, catchy, and I’m sure I’m going to see many new hits from them in the future. 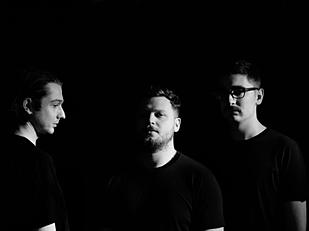 Finally, James Blake is a musician I discovered, of all places, on a teaser trailor for HBO’s The Leftovers. His single “Retrograde” was an incredibly powerful track for the trailor and it was so haunting and interesting I had to figure out who did it. Perhaps even more interesting is watching James Blake create his electronic sound live. He builds the drama one piece at a time building it more and more intense and I find myself sucked into to the music much like good book or thrilling movie. Here, he performs his number one track on the David Letterman Show.

Just in case you found that last song a little depressing, I’ll leave you with one last one. It’s dance-y, happy, and  great song for bouncing, or in my case hooping, around the house when no one’s watching. The DJ pair Duck Sauce has always been one of my guilty pleasures and this track from last year became a new favorite of mine for this year. “It’s You” is a mix of old doo-wop singing with crazy electronic dance beats. What I love about them is that they are talented DJ’s who also have a great sense of humor as you can tell by their video for this song. Love it or hate it, you can’t deny it’s a fun song!

While these songs and musicians are certainly not the only great music I listened to over the summer I’ll leave you here. I have many more to share with you, so I’ll hope you’ll keep checking back! Happy Listening!
Posted in Uncategorized